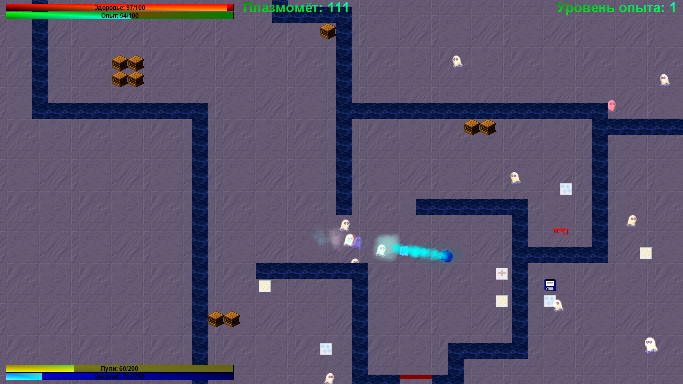 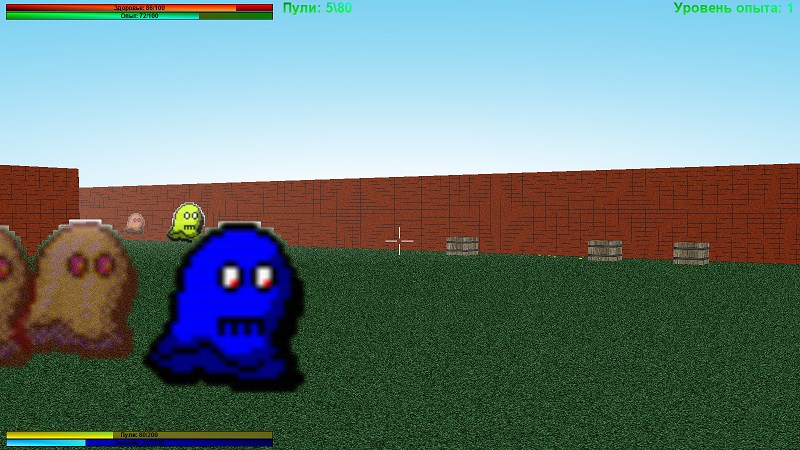 There are three different types of levels with different goals:

There are several kinds of weapons:

All kinds of weapons use energy as ammo except the pistol that uses bullets. Only two kinds of weapons are available since the beginning of the game. Other weapons can be bought in the store between levels.

By killing ghosts the player absorbs their souls which restores his health and gives the energy necessary for plasma weapons. There is also an experience system allowing to improve players skills after every level up.

There is a level 0 that is used to choose the level of difficulty. To choose the easiest difficulty leave the first area without killing any ghosts. The more ghosts you kill before you leave the area, the more difficult game you will get.

If you finish the game you will unlock a new game mode - Challenge.

Note: the game is not translated into English, it was initially created for Russian speakers. The main gameplay barriers for non-Russian speakers is understanding what items to buy in the store and choosing the game difficulty level. Other things can be guessed out of context or by reading the description above.