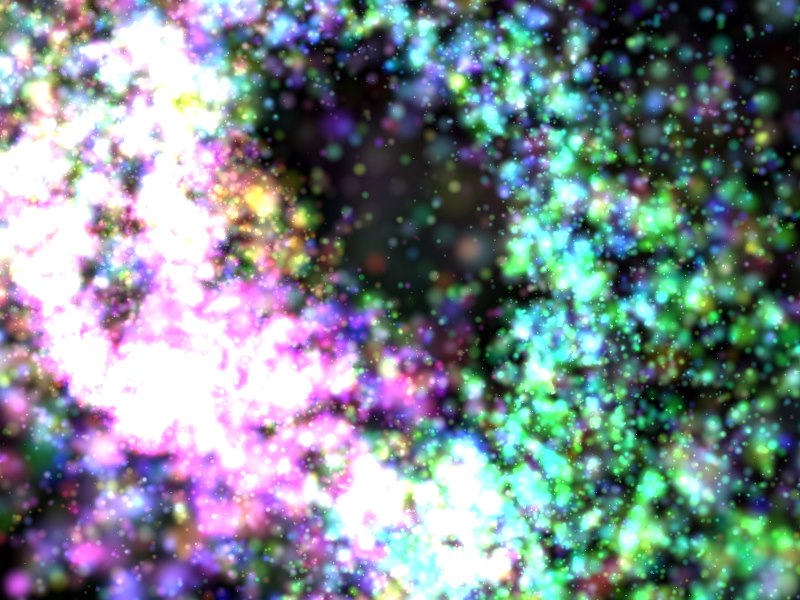 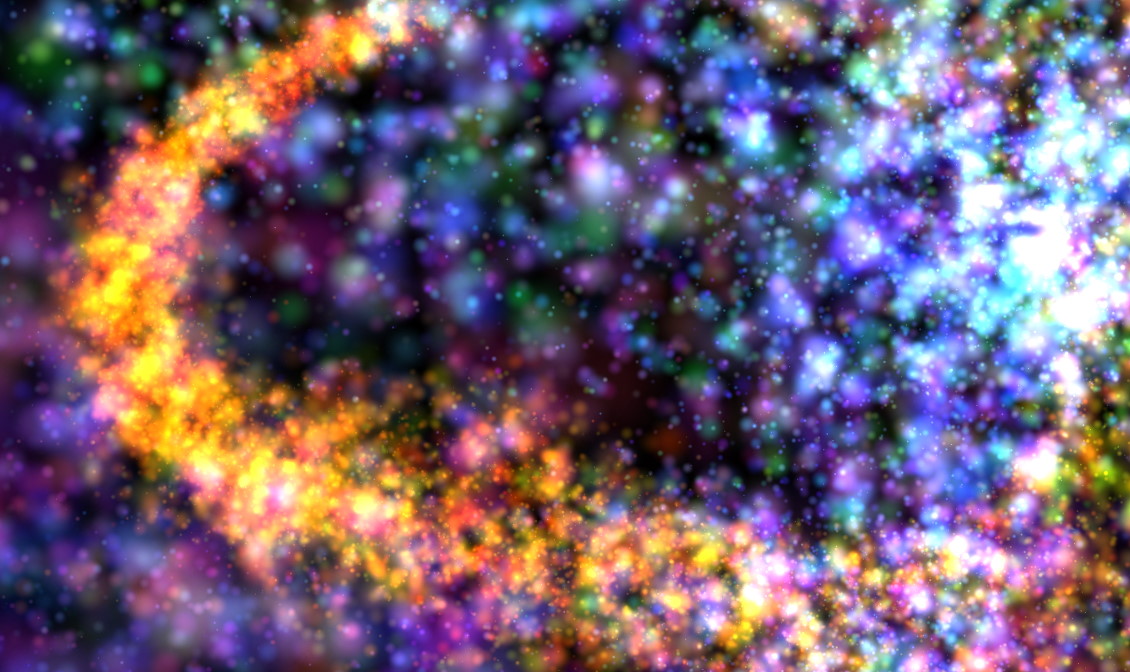 Unlike most existing methods, my technique doesn’t do any step by step simulation. Instead, particle trajectory, size, color and other parameters are defined as functions of time. The absolute time is also used to figure out which particles are alive and when they were born. So this implementation allows for time travel or controlling its speed by changing the absolute time variable accordingly. Most of the work is done in a vertex shader on the fly.

How is it different

All the GPU particle rendering techniques I know use at least one of the following OpenGL features or their equivalents in other graphics APIs:

Most OpenGL ES 2.0 mobile devices use Mali 4xx GPU which doesn’t support any of them. This usually means that they can’t be used to simulate particles. Without my technique, the only way to simulate particles on these devices is to compute them on CPU. This limits the number of particles you can have and increases power consumption. My way to render particles is the only GPU particle technique I know that doesn’t require any of these features and works on the GPU.

As any other technique, my method has its downsides. There are many things that cannot be done, including n-body simulation and other things available only with step-by-step simulation. But even for these things it can be combined with other techniques to reduce GPU memory bandwidth.